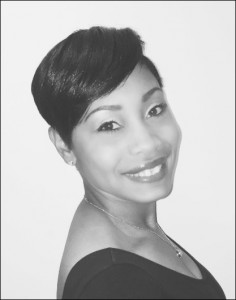 Camilla Bullard discovered her passion for dance at the age of nine.  She trained for eight years under the direction of Pat Wall at Gaston Dance Theatre, studying Ballet, Modern, Jazz and Tap.  During this time, she danced featured roles in many well-known Ballets; the Coffee Arabian Princess in The Nutcracker and the Lead Gypsy in Don Quixote proved to be favorites.  Camilla also attended multiple intensive programs offered at the North Carolina School of the Arts (NCSA) and performed as a featured Soloist in the selected Group Assemble entered by The GDT Company.

After graduating high school, Camilla trained and performed under the direction of Anne Blackwell at the York County Ballet, becoming a part of the Featured Company within the school.   She continued her education at Gaston College, receiving her N.C. Early Childhood Credentials.  This led her to many years working in a pre-school, an experience that taught her how much she loved working with children.

In 2015, Camilla returned to her roots as a Ballet instructor at Gaston Dance Theatre.  She teaches all levels of Classical Ballet, from our youngest dancers in Creative Movement through our most advanced students. Since 2017, she has served as the Rehearsal Director of GDT’s holiday classic The Nutcracker.  Under her tutelage, many students have gone on to successful dance intensive and college dance programs.    Over the years, her love and passion for dance has continued to grow and she looks forward to educating the next generation of GDT students.  Camilla is dedicated to holding the highest standard of dance education and serves as the School Director for GDT. 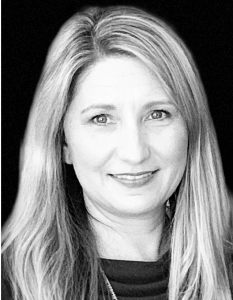 Elizabeth Lowry grew up in Jacksonville, Florida, where she studied Tap, Jazz, Modern, Ballet, and Pointe at Satellite Dance Studio.

She earned a Bachelor’s Degree in International Affairs and a Master’s Degree in Urban & Regional Planning from Florida State University.  After working in the field of transportation planning for nearly a decade, she “retired” to be a full-time wife, mom and volunteer.

Elizabeth joined the administrative team at Gaston Dance Theatre in 2015 as the Office Manager and also serves as the Front of House Manager for all GDT productions.  She has worked as GDT’s Business Director since 2020, handling activities such as grant writing, fundraising, marketing, communication, and financial matters. 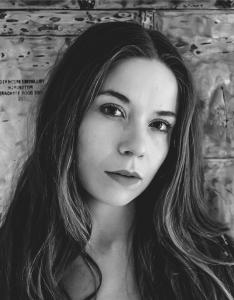 Nadine Barton began her classical ballet training with Orlando Ballet and went on to study at Artistic Dance Center of Doral in Miami, and Miami City Ballet.  She began her career with Oklahoma City Ballet and danced with Sarasota Ballet and Cuban Classical Ballet of Miami as a guest soloist. She then danced professionally with the Alabama Ballet for five years, and is now going into her fourth season with the Charlotte Ballet

In the summer of 2018, she was one of 60 dancers chosen worldwide to take part in Netherlands Dans Theater’s Summer Intensive in Den Haag. It was there that Barton established her desire to surround herself with more elements of contemporary and dance theatre along with her ballet upbringing.

As Nadine continues her career as a performing artist, she holds a great deal of her creative energy and strength as an emerging choreographer.  She has had the chance to create on the Alabama Ballet, Alabama School of Fine Arts, Charlotte Ballet I & II, Arova Contemporary Ballet, and recently selected and competed in Milwaukee Ballet’s 2022 Genesis Choreographer’s Competition.  Barton’s choreography has also been seen at Alabama Dance festival, Eastlake Artist Festival to involve the public with the arts, and recently in Charlotte Ballet’s Choreographic Lab last May.

Apart from choreographing and dancing professionally, Barton enjoys teaching many styles of dance to all ages and coaches pre-professional students. Within quarantine, Nadine ventured into dance film, creating a short film she directed, performed within, and choreographed in collaboration with dancers of the Charlotte Ballet. She is looking forward to upcoming performances with the Charlotte Ballet as well as music collaborations and creating more dance films. 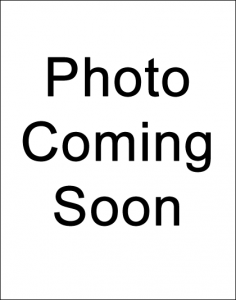 Keith Darby began his ballet career at UNC School of the Arts Winston-Salem, NC, where he graduated high school and college.  He then embarked on a professional career with the Hungarian National Ballet in Budapest and the Szegedi Ballet in Szeged, Hungary.  After returning to the U.S., Keith joined the Richmond Ballet as an apprentice, performed in outreach programs, and performed works such as The Green Table, The Nutcracker, and works by Sir Fredrick Ashton and Eliot Feld.

Keith first performed with Gaston Dance Theatre at age 17, and in the following 30 years he has taken on many different roles including Dr. Coppelius, Herr Drosselmeyer and Blue Bird.  He has been a dancer, mentor, teacher and Artistic Director, as well as a long career as a children theater performer with the Grumbling Gryphons. This group travels around the country performing folktales, encouraging cultural diversity, and educating students about environmental issues.  He also does freelance consulting, helping established area dance studios to create ballet programs in their communities.

A ballet instructor with many years of varied experiences, Keith has worked with all ages of students in a multitude of settings.  He has taught in private and non-profit dance schools, as well as in elementary and charter schools throughout the region.  GDT is thrilled to welcome Keith back to our staff and look forward to the impact he will make in the classroom and on stage. 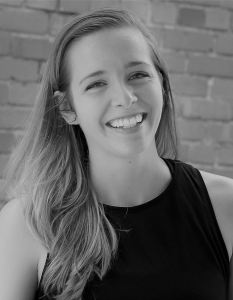 Anna Edwards is a dancer, choreographer, and teacher. She earned her M.F.A in dance from Hollins University and her B.A. in dance from UNC-Charlotte. As a teacher, Edwards has worked with a variety of ages and skill levels. She has worked in dance studios, facilitated workshops in public high school dance programs, and taught at the University level at Winthrop University and Johnson C. Smith University. As an artist, Edwards completed an Artist in Residency program at the Greensboro Dance Project in 2019. Edwards is passionate about movement and creative expression and is looking forward to working with you and/or your child to learn and grow together! 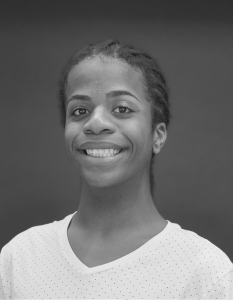 Anthony Hooper has studied tap at Order My Steps Christian Dance Company in Mint Hill, NC. He has studied under the direction of Adamma Haith and Aisha Mills. Adamma Haith received her training from Alvin Ailey and Martha Graham Company while Aisha Mills is a graduate of University of the Arts in Philadelphia and has been teaching tap for over 26 years. Under the direction these talented instructors, Anthony has trained in both classical and huffing styles of tap.

In addition to his love of tap, Anthony has begun training in ballet, and has been a part of the last two GDT productions.  In Nutcracker 2021, he danced the role of a Toy Soldier Doll and in last spring’s Beauty and the Beast, he wowed the audience with his portrayal of Cogsworth, the Clock.

Anthony joins the GDT staff this year to share his love of tap with our Intermediate and Advanced Tap students. 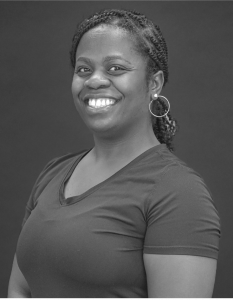 Shonda Hooper began her dance training at Gaston Dance Theatre.  Under the direction of Pat Wall, she studied Ballet, Tap, and Modern from 1993-2003. She also attended several summer intensives including University of the Arts in Philadelphia and American Dance Festival.

Shonda continued her training as a dance major at UNC Charlotte, where she was trained in the styles of Ballet and Modern under the direction of Kim Jones (former Graham company member), Delia Neil, E.E. Balcos, Sybil Huskey and Pamela Sofras.  During these years, she was granted several noteworthy opportunities including performing in a dance choreographed by Claire Porter; performing in the restaging of “Steps in the Street”; participating in a dance that was funded by NSF as a research project with technology and dance; touring with Kim Jones in her piece “Mauri” for the North Carolina Dance Festival; and performing original choreography for the informal concert at American College Dance Festival.

Shonda earned a BA in dance and a BS in Public Health. Since graduating, she has taught various styles of dance including Modern, Jazz, Hip Hop, Tap, and Ballet. 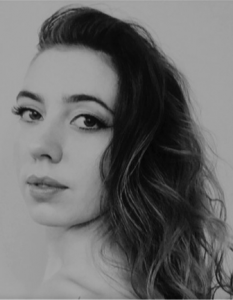 Anna Patterson began her classical ballet training at the Charlotte School of Ballet under the direction of Gay Porter and Bridget Young.  There, she achieved the grades of Distinction and Highly Commended in the Royal Academy of Dance and Cecchetti examinations.  In 2016, Anna was handpicked to be trained by Gelsey Kirkland and moved to New York City to attend the Gelsey Kirkland Academy of Classical Ballet where she was trained in the Vaganova and Bournonville method.  At age eighteen, Anna was invited to join the U.S International Ballet as a corps de ballet member and became one of the company’s founding members.  There, she had the privilege of dancing many roles varying from corps de ballet to soloist.  In 2019, Anna joined Columbia Classical Ballet where she danced in numerous ballets including Giselle, Coppelia, The Nutcracker, Red Riding Hood, and The Wizard of Oz.  Anna is still dancing and enjoying teaching and hopes to inspire the joy of ballet in the next generation. 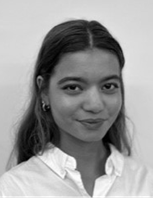 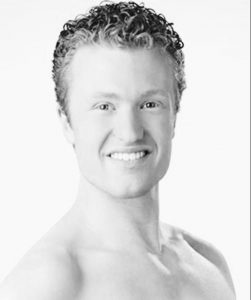 Anthony Schweighardt is a former dancer for Charlotte Ballet under Jean-Pierre Bonnefoux and Patricia McBride and former Principal Dancer for Ballet Tucson, Ballet Virginia and Twin Cities Ballet of Minnesota.

Anthony is comprehensively certified as a Pilates instructor and personal trainer. He is currently a full time ballet instructor and cross trainer for youth, pre-professional and professional dancers in the Twin Cities area as well as a freelance dancer/choreographer. 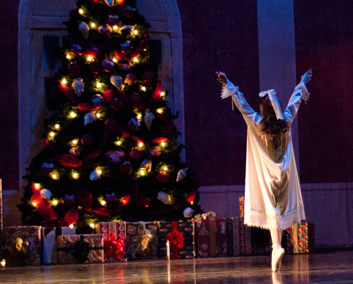 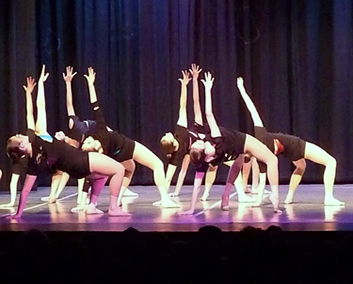